Today, I received the following e-mail by @janquim:

Hi
I’m a journalist based in Barcelona.
Gimsieke has given me your email adress.
I’d like to write an article today about trawom.
Could you please answer few questions?
– How the project was born? How and when did you get the idea?
– Which is the „aim“ of the project? Different owners cannot give to the account a unique identitity so in what would be based its digital reputation?
– I undesrstand you are not looking for followers, so, waht are you looking for?
– The goal… is cross the world? When will you  clearly put the end of this project or i s a neverending twitter account?
Please, could you also give me some details? I mean, I’d like to introduce you to our audience, so, whoyouare, etc. Some links could be great1
If there is something else you wanted to say and I did not ask just say it.
Thanks a lot for reading this email.
Joan

And here’s my answer:

finally, I found the time to answer your mail properly.

A couple of weeks ago I just found an old text I wrote when I was a student, which in fact was not so very good. I wrote that text in a time when social media was not at all in anyone’s focus, people were playing around with their first homepages and handmade HTML pages.
But the idea of the text was mainly that person A in a certain situation is thinking of Person B, who again is wondering what Person C might be doing at the moment and so on. In the end there was a mental circle around the world.
As I’m on Twitter for a while now, it came to my mind that with a travelling twitter account it may be possbile to track something comparable and maybe make it visible. So all I needed was another Twitter Account @Trawom, a short description of the idea and pass it on – that was done in an instant.

The whole thing started just as an experiment, how would people react on this? What practical issues would they face? Would the story tell us something about the people behind the account? How would people make use of the account? As it was so easy to start the whole thing, I did not spend too many thoughts about it, but just started it.
I described the idea in my blog under http://www.loick.de/blog/?p=33, posted one or two Tweets with my regular account @Pausanias, then started to write some Tweets with @Trawom. After one or two days, I announced that it was time to pass on the account and simply posted a tweet with the password of @Trawom. It was @CBra1 (a guy I know via some friends and colleagues), who caught it and changed the password first. As it took a while until someone was willing to take over the account, I recommended @CBra1 to maybe pass it on (means: give away the password) via Direct Message, otherwise everyone is watching, but nobody feels like really catching it. That was the first learing: It works better if you hand it over to a dedicated person, asking explicitly to take it over.

Then @ennomane heard about it, he’s quite an successful Twitterer in Germany, he was able to make the first 100 people follow @Trawom – and made @Trawom follow some interesting german twitterers. After him, it went via Leipzig to Barcelona, where it still resides at the moment.

My first idea was that every tenant of @Trawom should keep it for a couple of days and post some interesting tweets, telling what’s in the media at the moment in that location, how’s the weather and what the tenant is doing and thinking. In fact, I must admit: Everyone taking over the account is really owning it, I mean, the tenant has the password, so she or he can do with it whatever s/he wants – and I sit and watch. And as it turns out: The most exciting thing is the handover itself. It is now in Barcelona, but in an instant, it may be in the US or in China, who knows?

When @CBra1 set up a map on google, tracing the route, he had the idea, that one could draw something on the map, and I’m looking forward to further ideas like this. And it brings places into your focus you may not have thought of.

So you ask for a goal or what’s the aim of the whole thing. I wanted to see connections, learn what people are there. Even if they might use languages I don’t understand, it would be just awesome to see that account travelling. It’s the people, it is somewhat of getting in touch with them, but still every tenant decides her/himself what to share.
You are right, it is not about building up a unique identity, but somehow I hope that from each hand touching the account a little trace might stick on it and give it a million colors.

The „digital reputation“ I suppose are the twitterers around it, talking about it, people like you writing about it, things that happen in my head and hopefully in the heads of those following @Trawom. I just don’t know. And yes, the goal is cross the world. And I don’t know, if or where it ends. It’s an experiment. And it is not me who can stop it, it is not under my control, I just started it. All I can do is comment if someone asks me and watch @Trawom travelling.

You ask what I’m looking for… hmmm… except for money and world domination as we all do, I think I would like to see @Trawom becoming something nice, something that people like. I want to see what ideas it uncovers. I want to read what the other end of the world is thinking. But I guess this experiment is not about what I want, it’s about what it becomes.

I hope this is not too solemn, is it?! 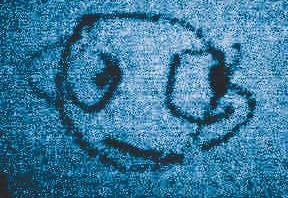 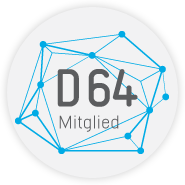